The world is getting smaller for people who aren’t vaccinated, especially in New York City, where restaurants, theaters and sports venues must demand proof of vaccination against the coronavirus and mandatory shots have now been court approved for public school teachers.

In the next few days, according to Mayor Bill de Blasio, cops, firefighters, corrections officers and other city workers can expect to be told, “Get your shot or don’t come in.”

“Our attention, very much in the last couple of weeks, was on winning those court cases,” de Blasio told reporters at City Hall before the holiday. “Now, we’re going to turn our attention to all the other pieces of the puzzle.”

The mayor won’t get a fight from Police Commissioner Dermot Shea, nearly one third of whose officers still aren’t vaccinated.

“I would be supportive of a vaccine mandate,” said Shea, who recently sent a video to every precinct in the city, personally pleading with his cops to get their COVID jabs. “I’ve said that from day one.”

But the next step — and the much bigger one — is coming soon to the city’s banks, hospitals, hotels and universities and to large, private employers across the U.S. In September, the Biden administration ordered all companies with 100 or more employees to make sure their people are vaccinated or, if they’re not, that they get weekly COVID-19 tests. The Department of Labor’s Occupational Safety and Health Administration is now writing up the enforcement rules, a process that will take another three to four weeks.

But what will all this mean in practical terms for the 80 million men and women who work at these larger companies? How many millions still won’t get vaccinated? Who will handle the testing? Who will review the results? Who will make sure that the employees who test positive or refuse to get tested aren’t sitting in their offices or walking the factory floor?

If you think getting Americans vaccinated has been a struggle, get ready for the weekly testing mandate.

“The federal government is now basically saying to American business, ‘It’s on you,’” said Jason Feldman, CEO of Vault Health. “You want your people back? You want to keep them safe? You figure it out. Figure out how you’re going to get everyone vaccinated and, for those people who refuse, how you’re going to make sure that they’re safe to come back in.”

Feldman’s company launched in New York in 2018 with 49 employees and a focus on men’s health. When demand for COVID testing exploded, the company already had the tech infrastructure, testing know-how, distribution network and sales team to react swiftly, reshaping itself into a workforce-focused test provider, signing up such New York-based companies as JetBlue
JBLU,
+0.58%
and the NBA, along with General Motors
GM,
+0.09%,
the state of New Jersey and Big Ten college rivals Ohio State and Penn State. Vault now has 1,100 employees, all working remotely, yet another business that has found opportunity in crisis, not to mention four-digit compounded revenue growth in three years.

The company markets all kinds of testing approaches, but one service is generating the buzz and much of Vault’s growth as the federal mandate looms: Under contract with your employer, a test kit arrives at your home each week via UPS
UPS,
-0.77%
or DoorDash
DASH,
-1.62%.
Open a Zoom
ZM,
+1.14%
call with a Vault Health tech, who monitors everything. Spit in the vial. Seal it up. Slip it back into the prepaid shipping envelope. Send it off.

The sample is quickly tested, and Vault provides the employer with an up-to-date roster of which employees are cleared to come in.

The FDA-approved saliva tests are just as accurate as the more familiar nasal swabs, according to a review of 16 studies in the Journal of the American Medical Association. The saliva tests are also currently easier to procure than the rapid nasal tests, which have experienced shortages lately.

“The last thing employers want to do is fight with their people who refuse to be vaccinated,” Feldman said. “But they need to maintain a safe workplace. We’ve created an auditable way of figuring out who is safe to be at work. Since it’s all done remotely, employees aren’t infecting each other while they stand around to be tested.” And because the tests are video monitored, “We know you didn’t swab your dog’s nose for the sample.”

Vault isn’t the only company that has really taken off while many other parts of the economy have been grounded. Many delivery-based businesses have seen their volumes spike, as have suburban real-estate brokers and companies that provide at-home entertainment.

Read: U.S. COVID-19 cases and hospitalizations continue to decline, but experts lament preventable deaths that have pushed toll above 700,000

No one can say for sure what the long-term economic impact of the pandemic will be. But Feldman says he’s confident the demand for medical testing won’t evaporate anytime soon.

“COVID is coming in multiple waves,” he said. “I expect we’ll see the next wave at holiday time. We are already in the flu season. We have no idea who is sick with the flu.” He said the company has high hopes for its “FLU-VID test,” a single screen for both viruses. “I don’t think this is a temporary business,” the CEO said.

Ellis Henican is an author based in New York City and a former newspaper columnist.

Next Avenue: How to give your heirs quick access to your bank accounts when you die 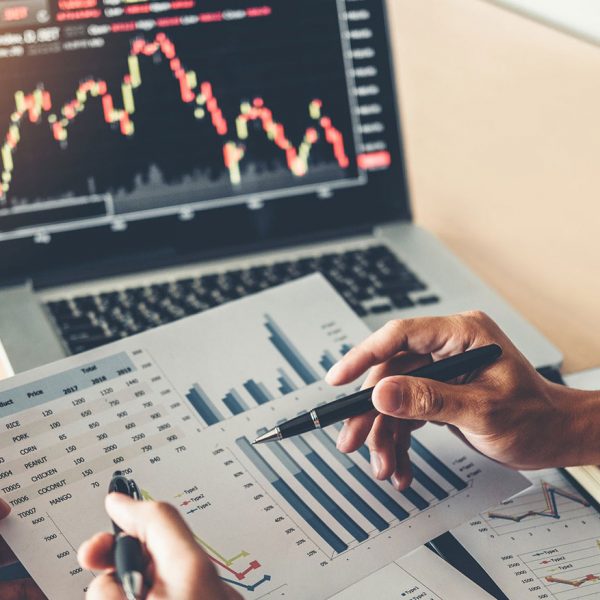